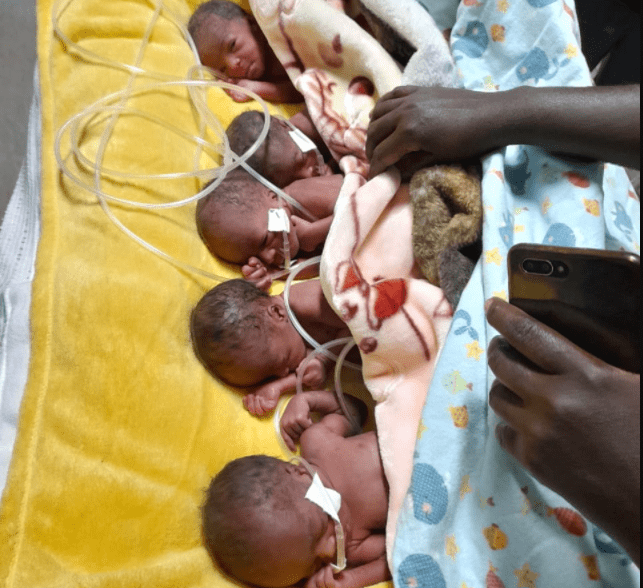 It was a mixture of feelings after a mother on Friday delivered five babies at the Kisii Teaching and Referral Hospital.

The first-time mother delivered four girls and a boy through a successful caesarian section who are currently at the baby incubator in a stable condition as the mother recovers.

According to the father of the quintuplets, Douglas Nyaoko, they were expecting four babies following an ultrasound previously conducted during the antenatal clinics.

They were however shocked when his wife delivered the five babies through a successful caesarian section.

Nyaoko, who has no formal employment, is now appealing to well-wishers to assist them raise the babies.