Kenya has not recalled any infant formula brands - KEBS 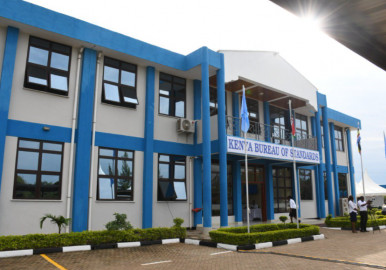 The Infant formula being sold in Kenya has not been contaminated by the cronobacter bacteria detected at a facility in Michigan, US, the Kenya Bureau of Statistics has said.

The contamination led to a recall of several brands marketed by Abbott Laboratories and the firm's facility in Michigan was consequently closed.

The recall has led to a shortage of infant formula in the US.

Some of the brands marketed by the firm are sold in Kenya.

However, the Kenya Bureau of Standards has said no recalls of infant formula brands have been undertaken in Kenya in the recent past.

"Following a review of the data on imports for the last one year, it has been established that none of the affected brands from USA, the country from which cases of contamination were detected, have been imported into the country," Zeyana Mohamed, the Corporate Communications Manager, at KEBS said.

Abbott Laboratories has factories in different parts of the world, including the US, Poland and Ireland.

In the US, only the Michigan plant has been affected by the cronobacter sakazakii bacteria and salmonella.

Mohamed said surveillance and sampling of infant formula brands sold in Kenya is currently underway and updates will be issued as and when test results are available.

"It is worth noting that no cases of cronobacter contamination have been detected in imported infant formula brands in the recent past," she said.

Consumers have been advised to remain vigilant and report to KEBS any cases of infant formula that they may be suspicious of, either based on country of origin/supply, expiry date and packaging.

"KEBS will act on such reported cases, if any, expeditiously," Mohamed said.

She added that the relevant products standards 'KS EAS 4-1: 2021 - Specification' for infant formula has set requirements for most of the contaminants expected in this kind of product.

Kenyans are advised to verify the validity of the standardisation mark (SM) affixed/printed on the products before purchase by sending a message of the SM number in the format SM#Code to 20023.

"A review of laboratory test results data for samples of infant formula brands imported into the country in the recent past show that no cronobacter has been detected.

However, based on the concerns of contamination detected in the USA, KEBS will continue to monitor the quality of the products/brands in the market."

Others are coliforms, cronobater, E. Coli, salmonella, Staphylococcus aureus which should be absent.

Although the World Health Organisation recommends that babies should exlusively be breastfed for the first six months of life, and then as a complement thereafter for the first two years of an infant's life, some mothers are unable to breastfeed.

Reasons include illness, low milk supply, among other reasons. This makes infant formula a necessity for them.