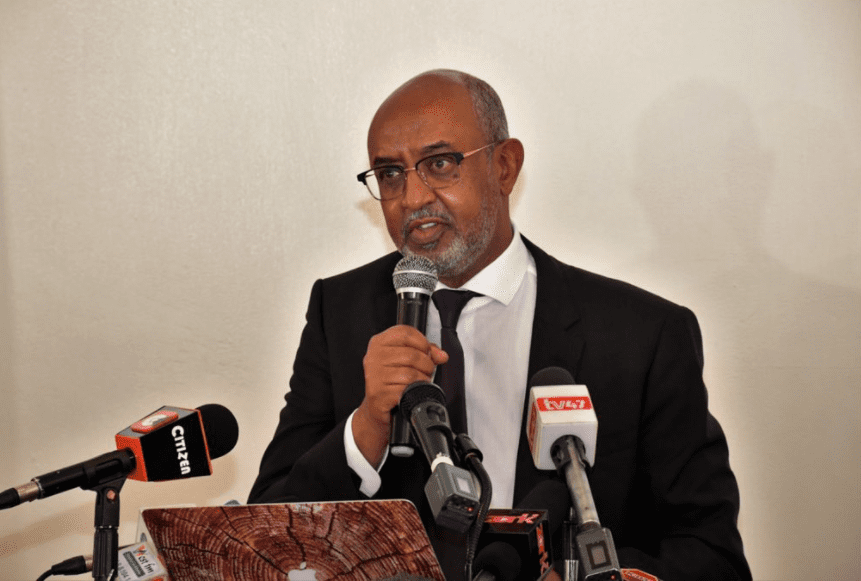 The Kenya Medical Supplies Agency (KEMSA) has once again been put on the spot by international donors, with the head of the Global Fund Mark Edington asking the government to fully commit itself in ensuring the medical supplier undergoes positive reforms.

This came up on Tuesday during a virtual meeting of the signing of a Ksh.48 billion grant from the Global Fund that will see Kenya address issues of HIV/AIDS, malaria and tuberculosis.

HIV/AIDs, malaria, and tuberculosis programs have for the best part been successful here in the country largely owing to donor funding.

The Ksh.48 billion boost by the Global Fund this time round is to cater for the programs through 2021 to 2024.

“We hope to achieve comprehensive prevention, treatment and care for people infected with HIV, TB, leprosy, lung disease, as well as reduce malaria incidents by at least 75% of the 216 levels by 2023,” said Health Chief Administrative Secretary Dr. Rashid Aman.

The money which amounts to $441.5 million will be distributed to the recipients including the National Treasury which will be issued with $294 million for HIV, TB and malaria; $70 million to Amref Health Africa for TB and malaria; and $76 million to Kenya Red Cross society for HIV program.

“We urge the National Treasury, as the principal recipient of the Global Fund, to ensure timely disbursement of funds for purposes of timely implementation of these critical activities,” said Council of Governors Chairman Martin Wambora.

Mark Edington, the head at the Global Fund, however had some concerns about the state of KEMSA saying:

“It is important that we have commitment as a government in the ongoing reforms at the Kenya Medical Supplies Agency. We request the government to pay urgent attention and put in place mitigation measures to procure equipment and drugs occasioned by the delays. We will be reaching out to the Auditor General to obtain clarification on the auditing process.”

Earlier this year, KEMSA was put on the spot after ARV medication donated by USAID was stuck at the Mombasa port since January, after what USAID claimed to be lack of confidence in the drug agency. The delay saw persons living with HIV change their medication schedules to deal with the supply challenges.

“It is our belief that domestic financing will be a major contributor to bridging some of these gaps such as commodity security and psychosocial support for adolescents and young people living with HIV in Kenya,” said Ruth Limo – youth representative.

The grant comes barely weeks after the Auditor General’s report indicated that Kenya was yet to utilise Ksh.1billion of a Global Gund sponsored project on expanding HIV prevention, care and treatment services for the period 2015 to 2017 owing to delayed disbursements; the auditor’s report citing that the money will most likely be refunded to the donor.