Lawyer Onesmus Masaku whose hands were slashed dies at KNH 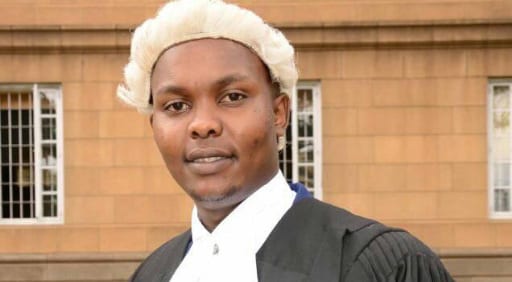 Lawyer Onesmus Masaku whose hands were slashed has died at the Kenyatta National Hospital.

Law Society of Kenya (LSK) chairman for south eastern branch Justus Mutisya said the advocate succumbed to his injuries at KNH where he was being treated.

Meanwhile, Police Constable Nancy Njeri is still in custody at Wote Police Station as investigations continue into the case.

Njeri, who is stationed at Makueni Police Station in Wote, is accused of slashing the advocate’s hands at his house on October 7, 2020.

Following her arrest, there were claims that the police were trying to cover up the matter to protect their colleague.

A policed report had indicated that the lawyer had allegedly tried to rape Njeri when she slashed his hands as she was defending herself.

However, activists refuted the claims and appeared at Wote Police Station to record a statement.

The Daily Nation reported that the two had been involved in a lover’s quarrel when the incident occurred.

Over 10 advocates including LSK President Nelson Havi and his deputy Caroline Kamende are representing the deceased lawyer.