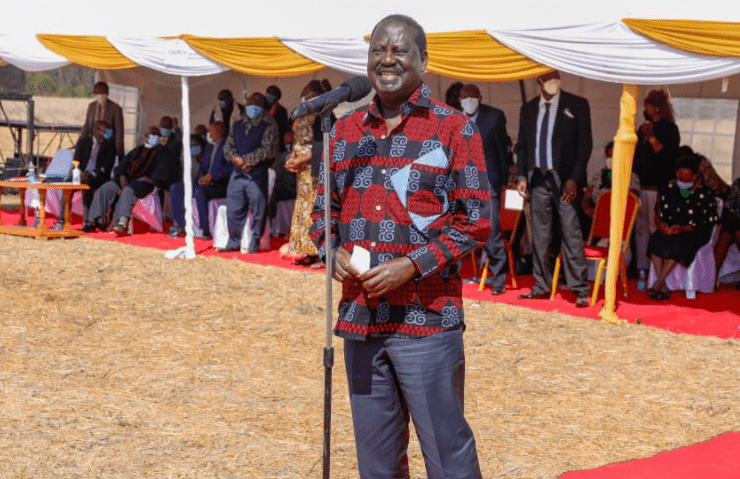 Orange Democratic Movement (ODM) party leader Raila Odinga has told off those calling him a tribal leader saying he has stood for unity devoid of tribal allegiance.

Mr. Odinga relieved his previous association with retired president Mwai Kibaki during the tenure of the Grand Coalition government saying together they developed economic blue print policies that transformed the country.

The former premier spoke on Friday in Kieni, Nyeri County, where he attended the burial of Esther Ngonyo, mother of former Thika Mayor Mumbi Ng’aru.

Mr. Odinga, who since the handshake has been a welcome guest in the Mt. Kenya region, took on those accusing him of being tribal yet crediting the Grand Coalition government which he served with Kibaki.

Mr. Odinga also allayed fears that the Building Bridges Initiative (BBI) reggae had stopped expressing confidence that the court will rule in their favour.