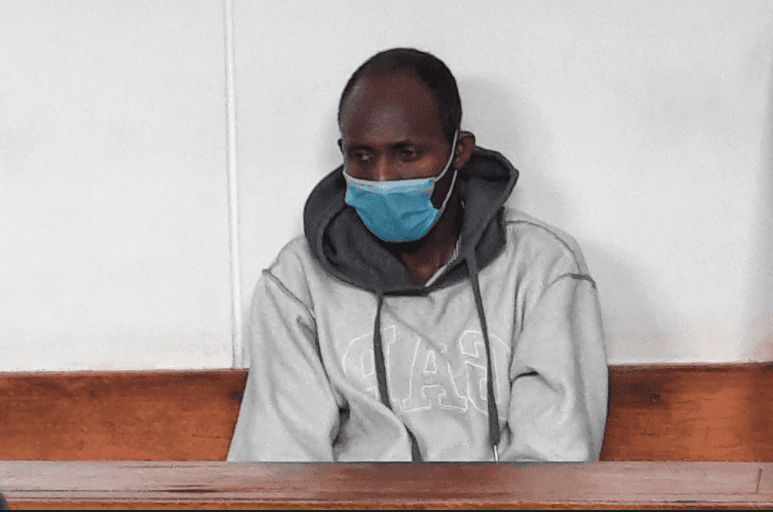 A mental assessment conducted on Peter Mwangi Njenga alias Ole Sankale, the prime suspect in the murder of National Lands Commission (NLC) official Jenniffer Itumbi, shows that the accused is not fit to stand trial.

This was revealed on Wednesday before the Machakos High Court where the prosecution told the court that the test conducted on the accused showed he was mentally unstable.

However, appearing before justice David Kemei, the suspect’s lawyer Doreen Mwau told the court that her client was scheduled to undergo a second mental review on June 14.

The suspect did not take plea.

Justice Kemei directed that the matter be mentioned on June 22 and that the suspect be returned to Muthaiga Police Station in Nairobi where he had been detained.

The suspect accused was arrested early this month after he was placed at the scene of crime by forensic evidence as well as witnesses who saw him with the deceased the last time she was seen alive on March 12, 2021.

According to the homicide detectives, exhibits collected at the scene of the murder also positively matched the suspect.

“Following detailed forensic and intelligence-led investigations, detectives established that the suspect had indeed interacted and spent quite some time with the deceased at the location where the body was later discovered,” stated the DCI.

Sleuths drawn from the Crime Research and Intelligence Bureau (CRIB), upon further profiling of the suspect, established that he was also a jailbird.

The criminal data system, as stated by the detectives, shockingly revealed that the suspect had committed similar offences in the past, using the same modus operandi of robbing and sexually abusing his victims before killing them.

Njenga was in 1996 reportedly charged with stealing and three other counts of robbery with violence and rape.

He was on January 15, 2003, convicted and sentenced to death by the Kibera Senior Resident’s Magistrate Court.