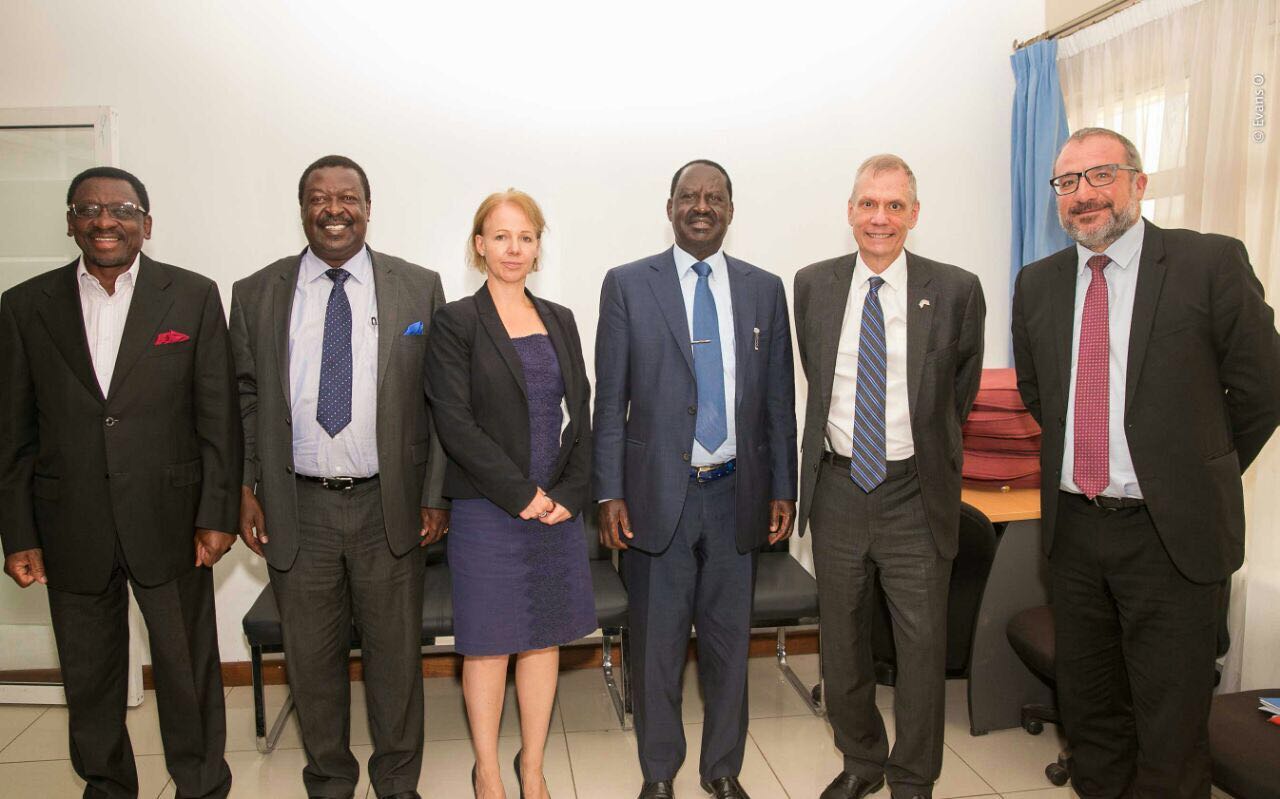 The opposition National Super Alliance on Friday morning held a consultative meeting with envoys from the US and UK over issues surrounding next month’s presidential poll.

NASA presidential candidate, Raila Odinga and NASA co-principal Musalia Mudavadi, led the meeting at Raila’s offices that was also attended by US Ambassador to Kenya Robert Godec and the UK deputy High Commissioner.

In a Facebook post, Raila has said he appreciates the keen interest that the Western envoys have taken in the Kenyan electoral process.

Raila also held a meeting with clerics from the Anglican Church of Kenya at the All Saints Cathedral in Nairobi where urged them to intervene to stop Jubilee MPs from pushing through controversial electoral law amendments before the October 26 presidential poll.

NASA leaders are strongly opposed to the amendment, saying that Jubilee is setting the stage for the rigging of the fresh poll.

But President Uhuru Kenyatta, while campaigning in Busia on Friday, defended the amendments insisting that they are meant to correct mistakes pointed out during the August 8 General Election.