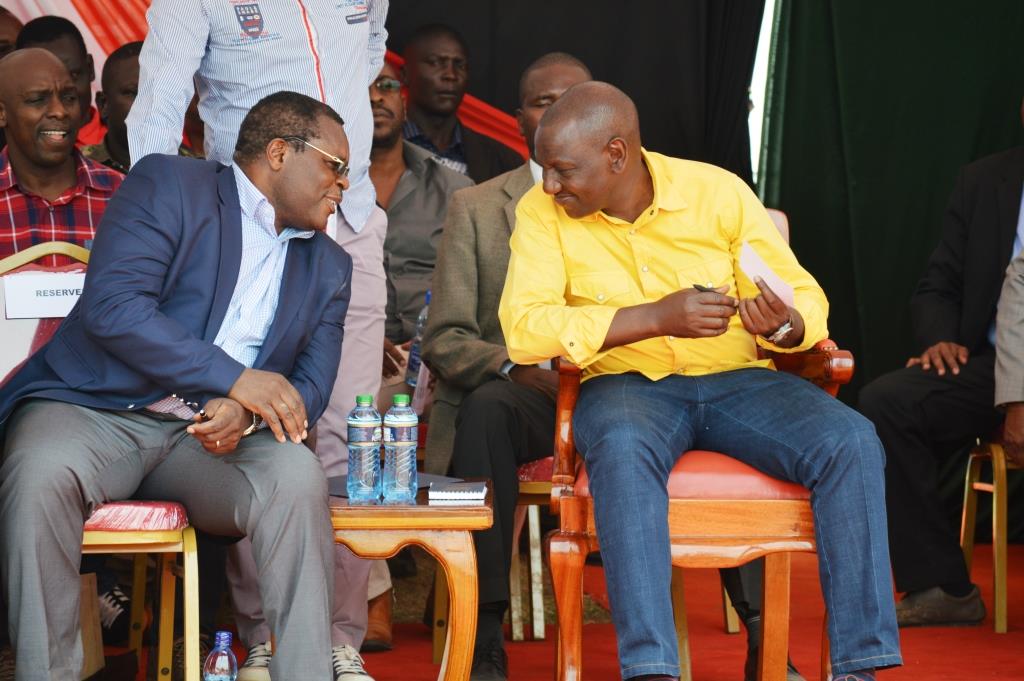 Deputy President William Ruto was on Saturday, February 24 received in Bungoma County where he urged leaders from the two major political formations in the country to stop politicking and instead work together to deliver development services to Kenyans.

Speaking during a fundraiser at Namwela Boys’ High School in Chwele, Bungoma County where he presented a flurry of goodies of over Ksh.300 million, Ruto reiterated that constant wrangles by the political class have derailed the country’s development agenda saying that the electioneering period is over.

“The people of Kenya voted for us and it is now our time to deliver on the promises we made. We are ready to work with everyone for the development of our country,” said the Deputy President.

The DP was accompanied by Senate Speaker Ken Lusaka who also urged political leaders to unite and work together for the benefit of all Kenyans.

“As leaders we need to come together and support the Government of the day. When a County Government such as this one (Bungoma) works with the national government, our residents will benefit,” said Speaker Lusaka.

The DP donated Ksh. 2 million to improve infrastrure in the school. He further pledged that the government will channel Ksh. 20 million towards the same cause.

Earlier, the two toured Sirisia Sub County Hospital where they pledged Ksh. 100 million from the government for the purchase and upgrade of medical equipment.

“I have informed Health PS, Peter Tum to work with the Bungoma County CEC to fast track the disbursement and implementing framework,” Ruto said.

The Deputy President also toured the construction site of the Sirisia Teachers’ Training College which is 80 percent complete, saying the government would pump Ksh.250 million into the project.

“We have ordered for equipment worth Ksh. 250 million which shall be used in this and five more TTCs in this county. This will ensure that students who finish high school are absorbed into these institutions ,” said the Deputy President.

Mr. Ruto also promised that the government would work with the county government to complete various roads in the county and Ksh. 8 million to be injected towards the Last Mile Connectivity Program.

Speaker Lusaka thanked the Deputy President for his commitment to improving the lives of Bungoma residents.