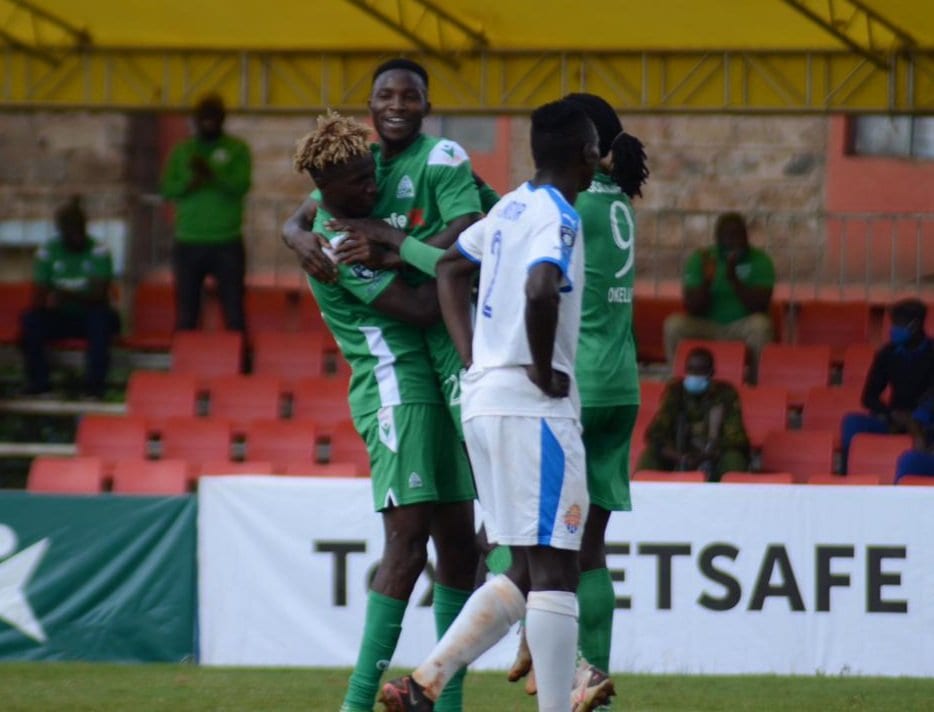 Abdoul Karim’s only goal was all Gor Mahia needed to edge 10-man City Stars 1-0 at the Utalii Grounds on Sunday, lifting the record Kenyan champions to sixth on the FKF Premier League table.

This was the first match for both sides since March this year when the league was suspended, exposing low levels of fitness in the players.

City Stars finished the match one man less after Erick Ombija was given his marching orders midway second half, for unsporting conduct a fate his coach Alagic Sanjin says had less impact on the team.

“We had a good match from the beginning and had good opportunities even after the card, from Kipkirui (Nicholas) and Rodgers (Okumu). Of course it affected us but we played well being our first match after the long break,” said Sanjin.

His opposite number Manuel Vaz Pinto lauded K’Ogalo for the win, but noted a lot of work is needed to regain their shape to 100 percent.

“We are at about 40 percent in terms of fitness, but we will be there soon by working hard with the tight schedule ahead. A win of the first match as we resume is a motivation going the midweek fixture,” the Portuguese said.

Former Gor midfielder Lawrence Juma scored one and assisted Nixon Omondi in Sofapaka’s victory, emerging the hero of the match.

City Stars are now 11th, Sofapaka eighth while Vihiga and Mathare are last and second last and last respectively on the log.

In the fourth, Kenneth Muguna had his well taken free-kick near the left post parried out for a corner by Stars’ Steve Njung’e, and the immediate response on the opposite end saw Dennis Agesa collide with Gad Matthews as he tried to direct the ball into the net.

At the half hour-mark, Gor netted the lone goal when Clifton Miheso’s long range shot hit the crossbar and bounced back on Karim’s path, who easily buried the ball into the left corner of the net.

Muguna, John Macharia and Tito Okello would have made 2-0 in the 34, having traded neat passes in a promising build up only for the latter to be dispossessed at the point of pulling the trigger.

City Stars came close as the clock ticked towards the break, when Harun Shakava fouled Oliver Maloba just outside the box, and Anthony Kimani hit the wall in the resultant free-kick. The veteran attacker met bouncing ball and pulled a fine shot near the cross bar on the right, forcing Matthews to tip it over for a corner.

Upon return, Miheso was the first to test Njung’e with a powerful shot which he did well to stop, as Gor fought hard to improve on the quite dull first half.

Immediately after Stars’ were reduced to 10, Okello nodded the ball down skillfully lifting it over Njung’e, but slightly flew over the bar. Macharia then followed the onslaught connecting a rebound from a cleared cross on the right, bur was as well unable to guide it between the posts.

In 90th, Miheso dashed on the right channel and realised Njung’e was off his line, his long range effort missing narrowly, a close shave for the Sanjin men who had left the defense line bare as they chased for a leveler.

Geoffrey Ochieng would have gifted Stars’ an easy goal in the death when he missed to clear the ball with Rodgers Okumu chasing, but a quick reaction by Matthews saved the day for the champions.