Kazungu: The Kenyan youngster ready to shine in Leicester

Rising star Brooklyn Mwadime Kazungu says he turned down the opportunity to sign for Tottenham Hotspurs when he was just nine, instead choosing Leicester City to jump-start his pursuit for a professional career in football.

The Kenyan youngster is a leading light for the Leicester Under-15 side and his own father George – who hails from Kilifi County – admits he is a bright prospect for the national team Harambee Stars.

Born in 2008 in Milton Keynes, the town situated about 80km northwest of London, Kazungu made his first steps into professional football at the age of five with MK Dons where he trained for three years.

MK Dons have built a reputation for youth development, producing quality graduates from its academy including the likes of Tottenham Hotspur’s English midfielder Dele Alli.

“We used to play a lot of tournaments and one of my best friends called Adi was pleased with how I played. He informed his father who inquired from my dad whether I could play for a grassroots team. I ended up joining before I was spotted by a coach named James from CMKEA academy,” Kazungu told Citizen Digital. 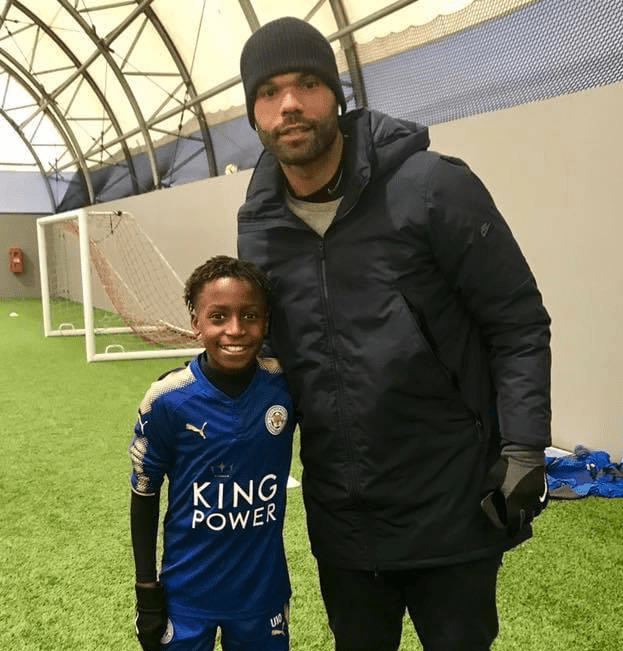 The 12-year-old was voted among the best players of the tournament where his team emerged victors and as the games racked up later on, it was becoming more apparent that he was a special talent.

Often utilized on both wide flanks, his coaches also tried him in a more central role where he showed superb offensive attributes and a lot of flair.

“I used to win several player of the week awards and that is when one of my coaches who is close to one of Leicester City scouts suggested to meet them for a game and after a match they liked the way I played and invited me to their academy and I was over the moon to get a chance,” he added.

When an invitation from Leicester arrived, he was already training Tottenham Hotspur and Reading.

“I could have signed for Reading before Leicester but at the time I was under nine yeas and at that age it’s not allowed for someone to be travelling over an hour. I live about 1 hour and 30 minutes away so it wasn’t going to work and for me it was sad,” he said.

Recalling on the story behind his decision to snub Tottenham’s call, Kazungu said; “It was exact the same day, so I just decided to pick Leicester City and after the training the session, the coaches spotted me I was signed on the spot, normally trials may last up to six weeks but just after two sessions I got the deal done.”

Kenya has set an ambitious target to qualify for a first World Cup final in 2026 when the global showpiece will be staged in USA, Canada and Mexico and Kazungu says he would love to be a part of that although he admitted he is open to choosing to play for England in future.

“Right now I just want to focus on building myself, practice more and work to fulfill my potential. Which country I will play for is not something I’m thinking about now but I love both countries.

“Kenya is where all my parents were born, all my cousins are there and I really love the country but also here in England is where I got my opportunities, my education and my friends from.”

Kazungu has enjoyed a swift ascent through the Leicester ranks and is hoping to make a break-through to the first team.