Kenya signs off Africa Nations Champs with win over Mali 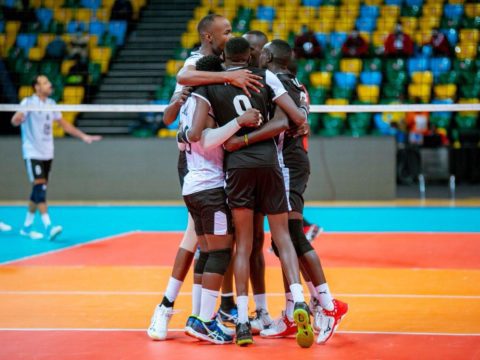 Wafalme dominated the ranking tie played at the Petit Stade Arena easing to victory without much fuss in sets of 25-21, 25-21 and 25-16 to sign off the biennial championship in style.

Head coach Gideon Tarus hailed his charges for the impressive performance despite having returned to the continental scene this year after staying in the cold for many years.

“This is a good performance and we’re happy for the ninth position. We trained for only four days and we managed to pick a win against Egypt who went ahead to win the bronze medal. That shows the squad has a lot of potential.

“The team needs to be moulded with a lot of seriousness so as to reach where our opponents, especially from Northern Africa have reached. The players are young and promising and I urge all the stakeholders in the federation to continue giving support to the team. They shouldn’t wait until when we’re having championships when we meet, we need to build a team which will be like a family,” said Tarus.

Wafalme won five out of six matches-against Egypt, Tanzania, Burkina Faso, Niger and Mali – and captain Enock Mogeni, who made his debut in the national team here in Rwanda, was optimistic the team will soon join the top echelons.

“If we had trained for long, the team would have had a good cohesion which was lacking because we only finished the playoffs and right away joined camp four days to the championship. It was the first time for most of us to be on a national team shirt and we’re proud and what we are asking is more attention to ensure we move to the next level,” said the KPA right attacker.

The team will jet out for Kenya on Thursday afternoon.