AFC Leopards leadership is confident of a competitive  2020/2021 Kenya Premier League season, after a lukewarm show in their first year in office.

In the National Executive Committee’s (NEC’S) status of the club address, club chairman Dr.Dan Shikanda shared with the members and supporters of the club their plans for the upcoming season, highlighting the success that they have registered since they were elected into office mid last year.

“I can confidently say that the club is stabilizing; we have been moving in the right direction; it’s been a long journey since we were elected, the journey has been interesting but at times very painful and as the leadership we have stabilized the situation and we believe were it not for Covid-19, by now, people could be seeing different results –  both in terms of leadership and the product that we have come up with, together with the results,” he said.

The former Ingwe and national team Harambee Stars player says the club’s vibrant history will be doomed if the current financial situation continues, calling for more members to register. 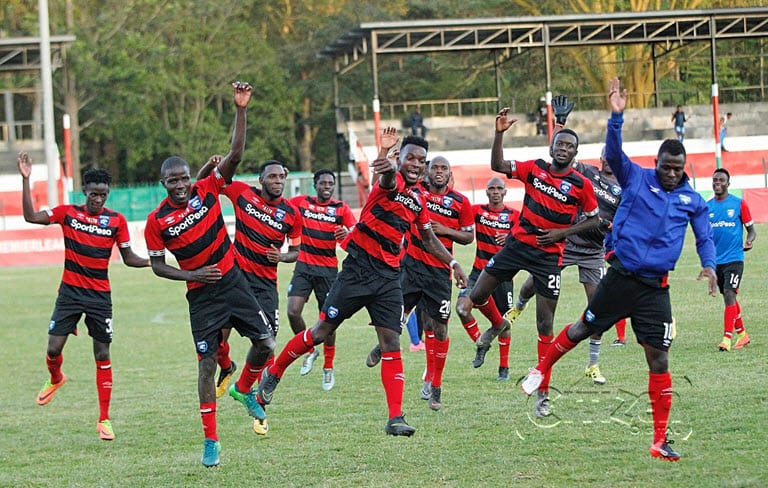 “Since the club was established in 1964, 56 years down the line, the club has not had financial stability but membership has been rising, and in the one year we have been here we are trying to cultivate interest in the club so that we make AFC Leopards a daily affair; not only a weekend affair where you come to watch a weekend match and forget the club for a whole week,”he said.

“We have gone a whole season without sponsorship and the team has not given a single walkover. We trained on a daily basis, we attended all matches and met all our obligations without a sponsor,” he said adding: “We have looked at the challenges that the club has faced since inception up to now and the only asset is a bus so our focus is to make sure we look for something that can give a new direction,” he affirmed.

Shikanda is however expecting a more competitive season come the 2020/2021  season, with a few signings expected to boost the squad.

“This year we have been competitive, we realized the team was a bit youthful and our aim is to mature it, we are looking forward to bringing three to five experienced players to blend with the youthful players we have, and I promise our fans to be ready for an interesting season,” he said.

The club are set to hold its Annual General Meeting (AGM) virtually on Sunday, 28 June 2020, from 10.00 am, due to the ongoing restrictions on public gatherings by the government.