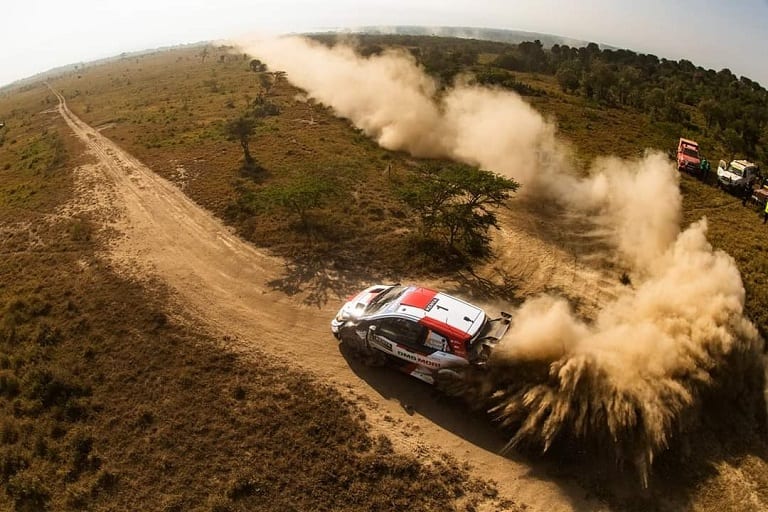 Neuville started the day with a 57.4 second advantage over Toyota’s Takamoto Katsuta but his hopes ended when he suffered suspension damage halfway through the day’s first 11.33km stage.

It leaves him in prime position to stretch his championship lead after arriving at Safari with an 11-point advantage over Welsh team mate Elfyn Evans after five of the 12 rounds,

“For me this morning my plan was to try and catch Tanak for second place but now it turns out it’s a fight for victory as Neuville is out.

“Good starting for us these last days but the conditions for the power stage are very extreme so the road is already destroyed after the first pass, I don’t know what to expect but its gonna be difficult up to the end,” Ogier assessed.

Katsuta dismissed any concerns of being under pressure as Ogier is trailing him by less than a second, saying he was only focused on not making mistakes or damaging his car.

“I’m not under pressure, not so much to be honest because I know what to do and I need to focus on my job as I have been saying whole week.

“So it’s nice to rally with two world champions behind you it’s quite surprising a lot but anything can happen in rallying so I really need to focus and concentrate on my job.” Katsuta said.

“It’s been a bad morning for us. He broke a damper and he is out. Our strategy is the same as we decided this morning, we decided to go through the stages and that’s what we are going to do.” Adamo bemoaned.

Kenya’s Onkar Rai is at an impressive number seven after Neuville’s retirement and leading the WRC3 standings, with Karan Patel and Carl Tundo following closely.