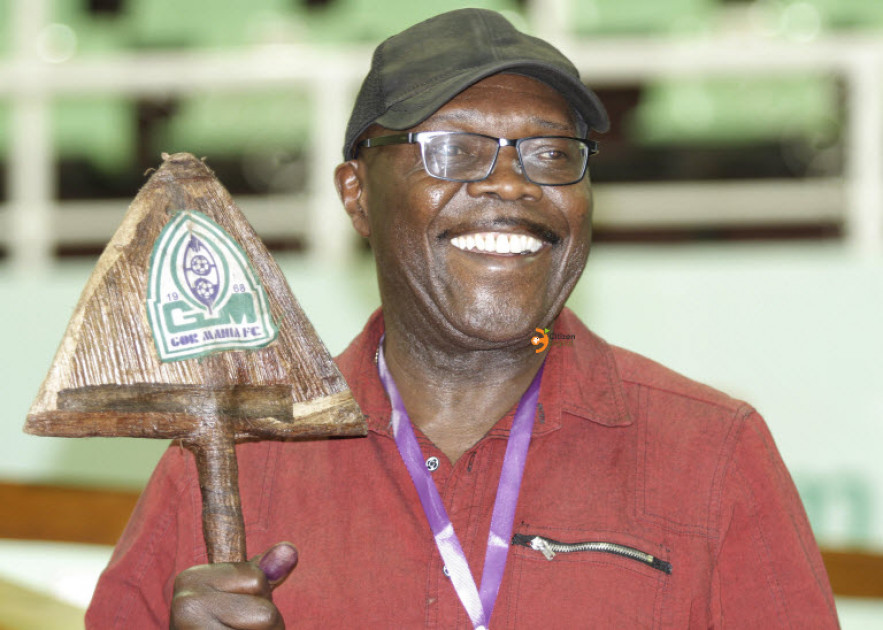 Gor Mahia chairman Ambrose Rachier has said he will not contest the Football Kenya Federation (FKF) presidency should elections be called today.

The long serving administrator said he is past the age of contesting the seat adding he would rather leave it to other willing contenders.

“I will not vie. I am too old now and even football lovers have always referred to me as ‘Mugabe’. Let those who can go ahead and contest

“FKF is likely to hold elections in less than six months following the appointment of a caretaker committee to run football affairs in the country after FKF was disbanded.

“In one of her directives to the caretaker committee, Sports CS Ambassador Amina Mohammed directed the retired Judge Aron Ringera team to hold elections of the new office and hand over the running of football in six months,” Rachier said.

Rachier lost to incumbent FKF president Nick Mwendwa in 2016 by 27 to 50 votes and did not vie in the elections that followed in October last year when Mwendwa retained the seat.

Mwendwa was arrested last week on accusations of misappropriating public funds and is currently out on a Sh4 million bond.

A number of football stakeholders have criticized the leadership of Mwendwa citing lack of accountability but his removal has attracted mixed reactions.