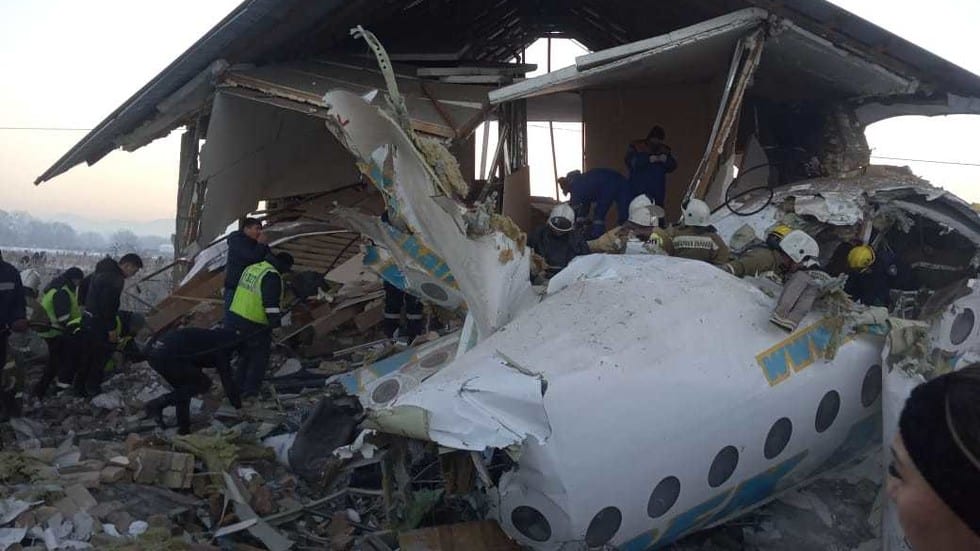 At least twelve people have been confirmed dead and several others injured after a plane carrying 100 passengers crashed on a two-storey building shortly after departure from Almaty International Airport in Kazakhstan.

The Kazakhstan’s Civil Aviation Committee, in a statement, said the Fokker 100 aircraft belonging to Bek Air airline “lost altitude during takeoff and broke through a concrete fence.”

The plane was headed for the country’s capital Nur-Sultan.

“The plane was flying with a tilt. Everything was like in a movie: screaming, shouting, people crying,” a survivor told news website Tengrinews.

Airport officials have since stated that a special commission has been formed to carry out investigations into the exact cause of the crash.

President Kassym-Jomart Tokayev, in a statement published on social media, said: “All those injured will be rendered assistance. All those responsible will carry severe punishment in accordance with the law.”

All Bek Air and Fokker 100 flights in Kazakhstan have meanwhile been suspended pending the investigations.